Devichye Lake in the Mountains at the Village of Khoja-Sale 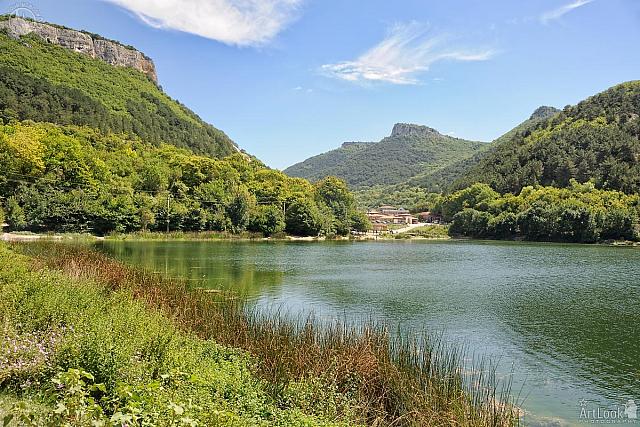 «Devichye Lake in the Mountains at the Village of Khoja-Sale»

Amazing, picturesque mountain landscape of the central part of Crimea at Lake Devichye (Eng: Maiden; locals call it Lake Mangup) with a view of the village of Khoja-Sale located at the foot of Mangup Mountain. The ruins of Mangup-Kale, an ancient cave city, have been preserved not far from this place. The Devichye (Maiden) at the foot of Mount Mangup, surrounded by sheer cliffs, is very young. It was created by man 40 years ago. Mangup lake was formed thanks to the purposeful construction work that was carried out here in 1982-1984. The excavated pit was gradually filled with water coming from the springs that opened during excavation. So there was a reservoir, which began to exist independently and turned into a real natural object.