On the Way to the Peak of Ai-Petri Mountain 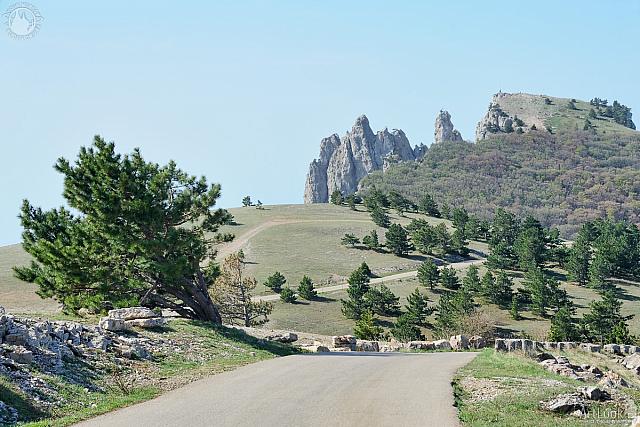 Crimean landscape with the view of a waving road in the South-West of the plateau leading to the highest point of Ai-Petri, the peak in the Crimean Mountains with the famous figured teeth. The teeth of Ai-Petri consist of four large (60-80 m high) and a number of small ridges on the crest formed during the weathering of heterogeneous reef limestones at 1200 meters above sea level. Ai-Petri is one of the windiest places in Crimea. The wind blows for 125 days a year, reaching a speed of 50 m/s (110 mph).

The Myasishchev M-50 "Bounder" was a highly advanced design for a large, supersonic intercontinental bomber which never attained service. The only one prototype of the super-fast strategic bomber was constructed in Soviet Union by the Myasishchev design bureau with two engines located under the wing and two on the tips of its shoulder-mounted, truncated delta wings.