In Background of Amazing Domes of St. Basil’s Cathedral in Snow 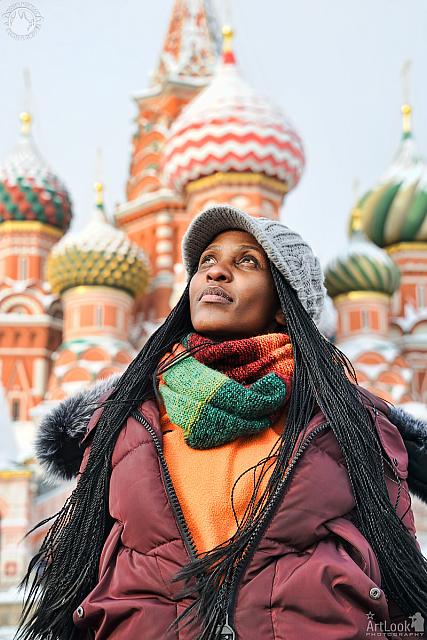 «In Background of Amazing Domes of St. Basil’s Cathedral in Snow»

Portrait of my dear client from South Africa, Zinzi Shumane, on Red Square in the background of colorful onion domes of St. Basil’s Cathedral covered snow after a blizzard.

The Kudrinskaya Square Tower, is one of seven identical skyscrapers (known as the Seven Sisters) which were built during the Stalin regimen after WWII. These seven famous buildings, constructed between the end of the 1940’s and the beginning of the 1950’s to commemorate the 100 year anniversary of Moscow City have contributed significantly to the architectural style of the city skyline.