At Empty Red Square in Moscow 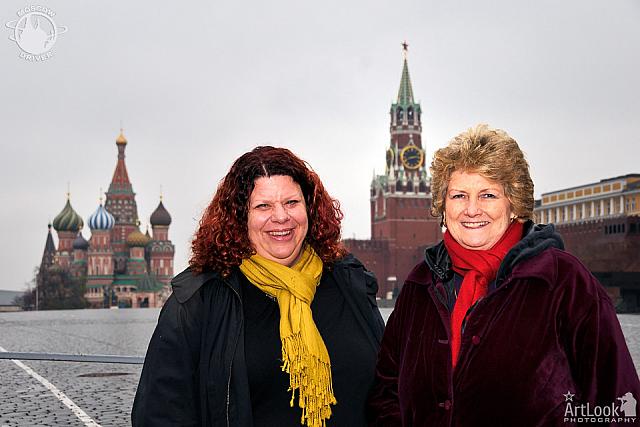 «At Empty Red Square in Moscow»
My Dear clients from USA, Sue Anderson and Julie Arter, at the empty Red Square that was cordoned for some reason. It was their visit of Russia’s capital to support Johnny Weir during Cup of Russia (Rostelecom Cup) Grand Prix competition of the 2009–2010 figure skating season that was held in Moscow from 22 October through 25 October. Photo #002 taken on October 22, 2009 during sightseeing tour of Moscow Highlights. ©2009 Moscow-Driver.com by Arthur Lookyanov
Next Previous 181 of 239

Shining like steel granite bust of Vladimir Ilyich Lenin (Ulyanov) in the park of art "Muzeon" by sculptor Sergey Merkurov. The sculpture was carved in 1939. Vladimir Lenin (1870 – 1924) was a Russian revolutionary, politician, and political theorist.