At the Red Illuminated Fountains in Victory Park at Night 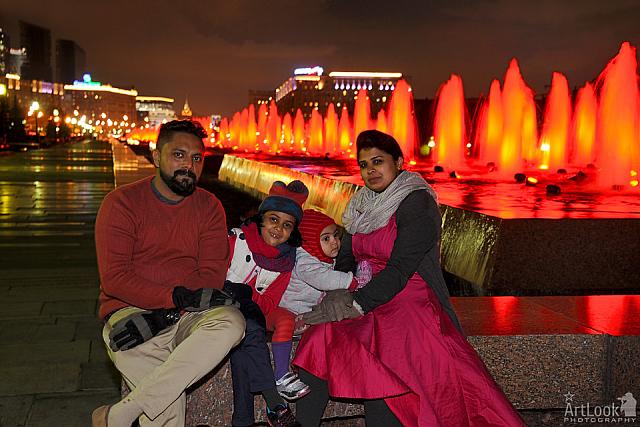 «At the Red Illuminated Fountains in Victory Park at Night»

My dear clients and family from UAE (India), Shabeeb and Afra with their two lovely daughters, Lyba and Fellah, seat at the red illuminated fountains in Victory Park on Poklonnaya Hill during Moscow by night tour. The red lighting of the fountains in the war memorial complex symbolizes of blood spilled on the battlefronts in the Great Patriotic War 1941-1945 as a reminder to all 27 million Soviet people of different nationalities who lost their lives during those four horrible war years.