At the Ancient White Stone Cathedral on the River Nerl 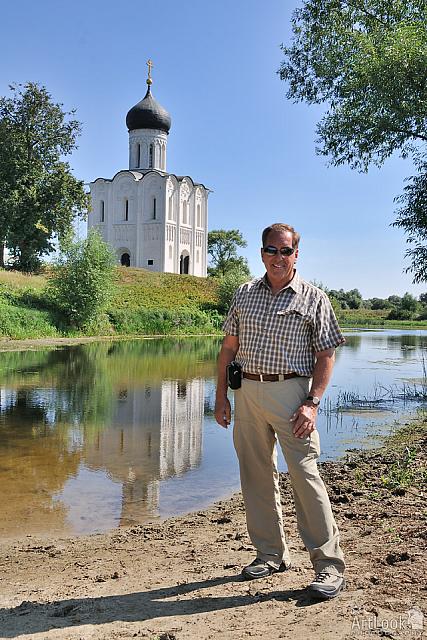 «At the Ancient White Stone Cathedral on the River Nerl»

My Dear client from USA, Robert Monfrini, at water-meadow where the Nerl River disembogues to the Klyazma, and the ancient white stone church of the Intercession of 1165 majestically rises on a small hill.

The famous architectural monument of pre-Mongolian time was erected to commemorate victorious, yet a sad campaign against Volga Bulgaria during which Andrei Bogolubsky last his son Iziaaslav. The cathedral from lime stone was constructed on his money in the area of his Royal country residence in Bogolybovo, outskirts of Vladimir city.

Photo #098 taken on August 17, 2010 during long distance countryside tour to Vladimir and Suzdal, cities of the Golden Ring of Russia.