In Background of Kremlin Embankment 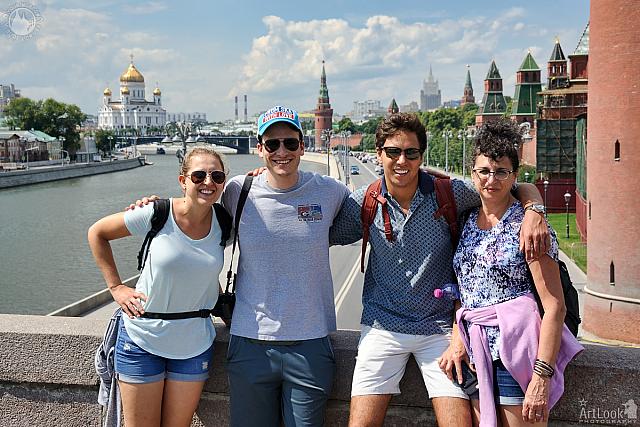 «In Background of Kremlin Embankment»

Memory photo of my dear clients from USA, Nika, Steven, Dima and Svetlana on Bolshoy Moskvoretsky Bridge in the background of Kremlin embankment of river Moskva (Moscow), walls and towers of Moscow Kremlin and Cathedral of Christ the Savior (far away at left upper corner).

View from a small park at Tarasa Shevchenko Embankment on the former hotel “Ukraina” (in present time hotel “Radisson Royal”) in heavy snowfall at the end of January 2019. It is one of the seven Stalin high-rises (Seven Sisters) built at the beginning of 1950s to commemorate 800 anniversary of Moscow city.