At Red Lighted Fountain in Victory Park at Night 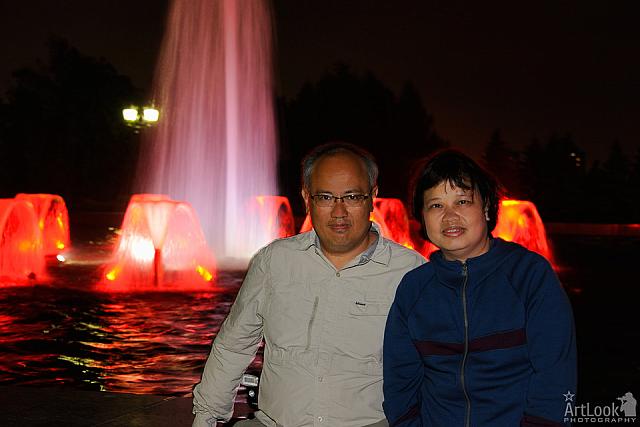 «At Red Lighted Fountain in Victory Park at Night»

My Dear clients from Singapore, Min Chee Liew and Phui Peck Thong, at beautiful fountain in Victory Park illuminated with red and white spotlights at night. The impressive red color of lighting symbolizes the "fountains" of blood spilt on the battlefronts.

Photo #057 taken on May 30, 2014 during Moscow by Night tour in “Victory Park” memorial complex on Poklonnaya Hill.

Church of St. George at Sunset

Beautiful golden-domed Orthodox Church of Saint George the Victorious on Poklonnaya Hill in Victory Park at sunset in the spring season. The church was built in Neo-Russian style of architecture in 1995 to mark the 50th anniversary of the Great Victory of Soviet Union in the Great Patriotic War 1941-1945.