Under the Lights of the Church of St. George the Victorious 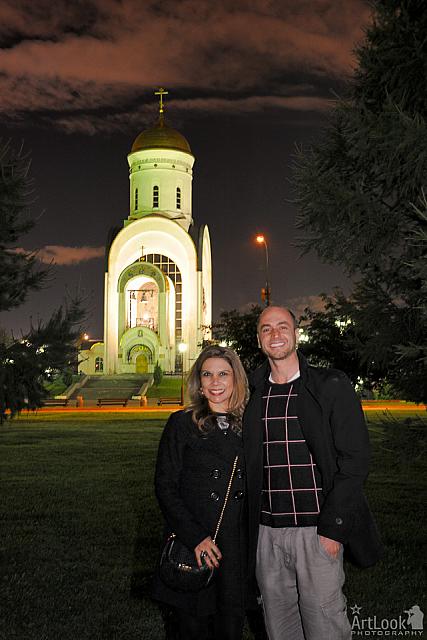 «Under the Lights of the Church of St. George the Victorious»

My dear clients from Brazil, Felipe and Cibelle Costa, at the end of exciting Moscow by Night tour in Victory Park on Poklonnaya Hill with background of illuminated by spotlights at night the church of St. George the Victorious. The golden-domed church was erected in neo-Russian style of architecture on the grounds of the great meorial complex dedicated to WWII in 1993-1995.

The figure of St. George slaying a Dragon adorns the emblem of Moscow, an ancient city and the capital of the country today. This is no surprise. St. George is one of the most popular saints in Russia. In the past, he was worshipped as the patron of princes and warriors, and as Russia’s heavenly protector.