At Friendship of Nations Fountain in VDNKh Park 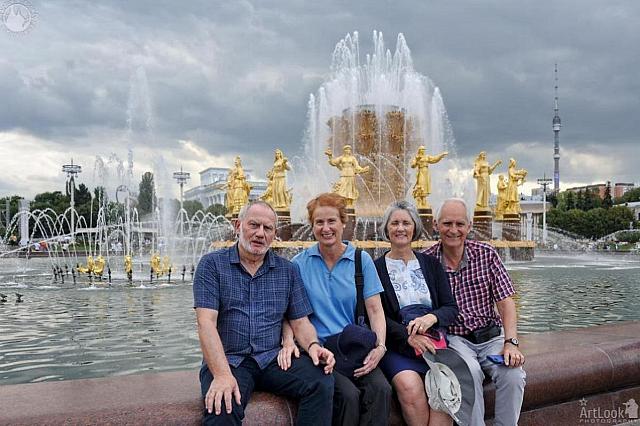 «At Friendship of Nations Fountain in VDNKh Park»

Memory photo with my Dear clients from Australia, Warwick and Kathy Walesby and their friends, in the background of the beautiful fountain "Friendship of Nations" in VDNKh park and exhibition. It is the largest fountain at the Exhibition of Achievements of the National Economy of the Soviet Union that was opened in 1954.

In New Exhibition Hall of Memorial Museum of Cosmonautics

The Memorial Museum of Cosmonautics was solemnly opened on April 10, 1981, in two days before the great celebration of 20th anniversary of Yuri Gagarin's first successful manned space flight that happened on April 12, 1961. The museum is accommodated in the stylobate of the monument “To Conquerors of Space” which is one of the most famous monuments in Moscow.