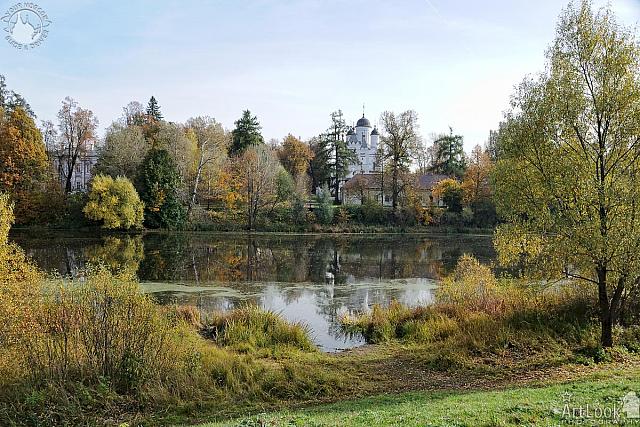 Beautiful Autumn scenery with the view from Golitsino park of Heroes of 1812 on the estate with old Church of Transfiguration (1590s) in Bolshie Vyazemy settlement with reflections at Vayzemka River. The estate at Bolshie Vyazemy is remarkable not only for its beautiful architecture but also for the fascinating historical associations.

Hotel Ukraina (Ukraine) is one the famous seven buildings in Moscow that are known as “Stalinist skyscrapers” or “Seven Sisters” that were laid in 1947 to mark the 800th anniversary of Moscow. Their special, highly distinguished style characterizes to a large degree the appearance of downtown Moscow serving as a striking architectural landmark of Russia’s capital.