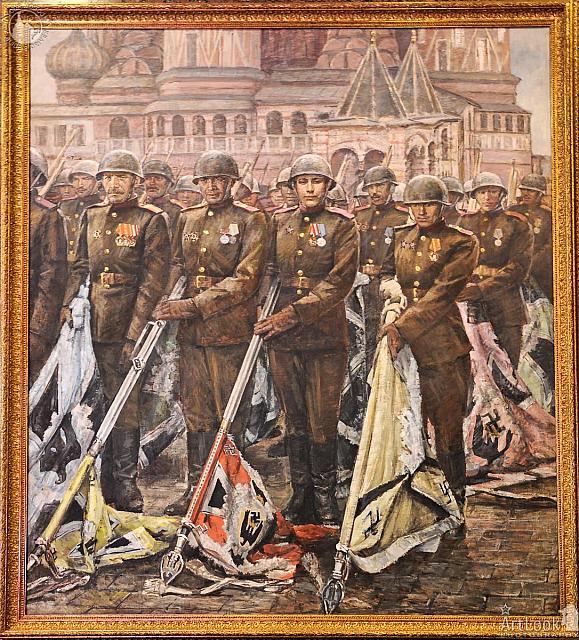 A copy of the painting "Victors", created by artist Konstantin Mikhailovich Antonov in 1985, is presented at the Victory Museum (Central Museum of the Great Patriotic War) on Poklonnaya Hill. Realism, oil on canvas.

In his painting, the artist showed the Parade on the Red Square in Moscow on June 24, 1945 - the historical Victory Parade in commemoration of the victory of the USSR over Nazi Germany. The picture shows a column of soldiers who completed the march of combined regiments. They carried 200 lowered banners and standards of the defeated German troops. These banners for the fraction of the drums were thrown onto a special platform at the foot of Lenin's Mausoleum. The first was thrown by Fedor Legkoshkur the LSSAH standard - the SS battalion of Hitler's personal guard.

Photo #165 taken on December 27, 2019 during a tour of the Great Patriotic War Museum in Victory Park with my Dear client from Australia, Tyson Hedland.